Think outside the ruling majority 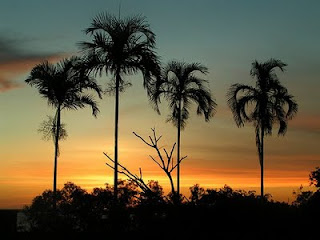 I have changed town, jobs, houses and all sorts of stuff in the last few weeks. It's one of those seachange-slow-your-life-the-hell-down type of things. Moving to a small Australian city has highlighted a few things I was ignoring or missing or simply ignorant of.

You'll see me get on my soap box and talk about diversity, equality and treating people the way you would like to be treated. I pride myself on being a member of many minorities but was blind to see that being in Australia's biggest city and home of all the cool stuff in IT in the southern hemisphere, that I was forgetting the other 2/3rds of the country existed.

Melbourne people can pipe up and argue their relevance but the cool stuff in this country happens in Sydney. That's where the finance sector lives. Publishing is based there. Entertainment, Tourism and everything but sport is bigger in NSW. The majority of the population lives there.

It is easy then to forget that what's left of Australia outside of the big east coast cities is not a backward dustbowl but a place people prefer to live at a different pace. This doesn't necessarily mean different priorities though. Australians are Australians, pretty much wherever they land. Ask anyone in London that.

So as I settle down and begin to work in this particular dustbowl, I'm eagar to be open-minded and see what the standard of my profession is here. I want to find people I can learn from and share with. People who want to learn and use their minds, in a way that I share.

Rather than assume everyone is hopeless and this is why they live here, it will be better to find and nurture talent and develop a sense of IT community here. That's what I'm going to do. I'm going to help start things moving... but still moving only at a dustbowl pace.

I didn't know you were in Darwin - I was there presenting on social media (K Carruthers bailed, I was helping out).
Next time I'm there, maybe we can catch up? :)