I talk good, I does 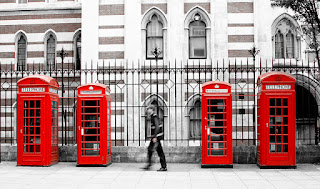 Inside Microsoft, there are lots of different moving parts. The company is made up of around 100 000 full time employees. One of the newest but rapidly growing parts is Services. The group I work for sits under Services and is called Premier Field Engineering (PFE).

Premier Field Engineering does not sit under a subsidiary like Australia but instead exists under a global group. It is different to other Services parts like Microsoft Consulting Services (MCS) who do belong under Australia.

This design certainly gives us a lot more mobility and the ability to act as a pool of resources for other parts of the business.

In the world, the Universe and everything at last count, there are 3009 Premier Field Engineers (PFEs).

I have been with PFE for just on 9 months now. At the 7 month point, I was nominated for an opportunity called the PFE Industry Leadership Program. It runs every six months and this is the second round.

Out of 3000+ PFEs, 32 of us were nominated by members of our local PFE management group for being current and often loud participants in the areas of 1) blogging and online presence; 2) public speaking at conferences; and 3) video presentation skills.

When I was nominated, I was chuffed until I found out that I had a month to produce a blog post (easy copy-paste job from my blog), a short Powerpoint presentation (oh no, I don't do short presentations) and an even shorter video (see previous "oh no.."). Nothing in life is free and for me, nothing in life is harder than saying what I need to say in a very short amount of time. For me, filling an hour with building rapport, articulating technical content and allowing time for digestion of the information and questions is what I do every day and what I do very well. To be asked to achieve a similar outcome in a shorter time scared the hell out of me.

It frightened me so much that I left the tasks until the very day that they were due.

Now, that doesn't mean that I didn't put effort in to them. If anything, I put a short and succinct amount of effort in to them. Without too much time to over-think it all, I had to put what I had to say in to a little space within a small amount of time. I think that made it easier, rather than harder.

In my life, I have spent a lot of time painting. For what I lack in talent, I make up for with enthusiasm. One important thing I learnt a long time ago when I started to embrace my inner artist was to know when to stop. Perfectionist are awful at that. We want to go and go and go in a quest for unattainable perfection. In this case, I made the videos and honed them and then stopped. Without one of those big Ang Lee panorama cameras on a big pole with a chair I could sit in, I was not going to make a Tropfest winning short so I stopped with what I had and moved on.

A couple of weeks later came the interview. New rules were instigated so that you would not be interviewed by anyone from your own region. My interviewers were a PFE manager in Bangalore and a PFE with god status, also from India. It was a one hour interview with a lot of challenging questions about how I do things and why. It took only 29 minutes and I figured that I was either awesome or completely rubbish.

Two weeks later again and my boss texted me to say I'd be heading to London for a week of training with a company that specialises in making people great presenters in all the areas I mentioned above. People pay a lot of money to be trained by them. They aren't Microsoft people. They are an external group. PFE is funding the whole thing and investing in the 16 PFEs who were chosen.

The reason I am telling you this is because I am pretty proud of myself. Not as hugely proud as my family is but still pretty stoked about getting this chance.

Out of 3009 PFEs in Microsoft and 516 in Asia, I competed and won a place to extend my current skills in an area that I do just for the fun of it.

I am famous for sharing my first world problems and complaining about how work isn't funding a handsome underwear model to rub my feet while I work from my home on a yacht in the Greek Islands. Ok, that isn't true. He's just a jeans model.

The point is, I like blogging and talking at people and presenting and improving those skills constantly. I like sharing the passion and the knowledge and the opinions with those funny people who for some reason read what I write. This is something I do for no benefit than my own sense of contributing and participating. For the first time, I am being actively encouraged to do so and to learn more.