Start by reading this documentation 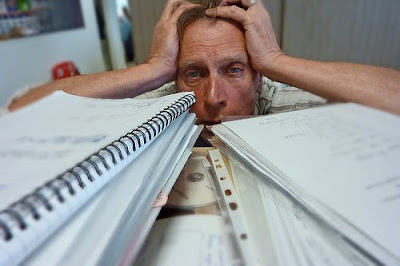 There is no bigger buzz kill when starting a new job than that moment when a tree load of written documentation is set before you and you are told to start there.

"Read this to give you an idea of how we work."

That is a ridiculous idea. Reading documentation to find out how people work is about as useful as reciting them a haiku in Japanese, when they first cross the workplace threshold. Actually, the haiku is much less boring.

When I started at Buzz Numbers last week, I was given a computer and a set of short videos to watch. These walked me through the main code solution and discussed different areas in details. They are not only introduction documentation but good refresher resources when you go in to an unknown section of the code.

I was happily coding within an hour of starting work, on my first day. The video docs gave a good push start and an easy reference point for when I asked myself where that thing was again.

Since Buzz Numbers has me sign an NDA on my first day, I won't be sharing any of their video documentation with you. It's not a new idea so there are many examples online of how this can be achieved. Thing is that it's usually big companies with big budgets that are doing this. I work for a start up and they did it without any major cost.

What more could you ask for? Try this at your workplace if you understand the pain a new starter feels.

Here is an example of Yahoo's YUI video documentation...