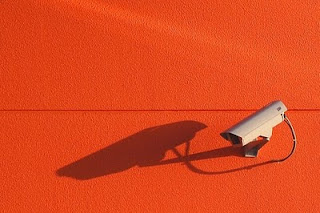 In IT Security, the term security through obscurity describes the act of designing a system or application to hide functionality in the hope that people won't stumble across access to the secret functionality. People argue that Defense in Depth tactics justify leaving functionality unsecured by enrcyption, access control or other means. The thing is that a lot of the time, they are only obscuring it and not restricting the path to it.

A recent example of this was when I entered an organisation which restricted access to their cmd prompt and the machine's C:\ drive on their Windows desktops, via settings in their SOE.

I wanted access to run a few administrative tools which were not available in the typical menu. There was no Start -> Run... option available. We weren't allowed to use it.

At first I was disappointed and then I wondered how they had restricted access to it. I thought for a while then created a text file on the desktop named cmd.bat, containing the single line cmd. Double clicking on that brought up the command prompt and access to anything I wanted. I didn't run any of the tools I wanted and quickly deleted the batch script on realising the ease at which this hole could be exploited.

Even access to the C:\ drive would not have been a challenge. A batch file with the command >explorer c:\ would be enough to start the Windows Explorer with it pointing to the restricted drive.

This is not security.

I am responsible enough to not wreak havoc and break the rules. Hopefully, others are too.
at December 17, 2009

I damana, I discussed with same mates the same issue the other day, and yeah, there is so many ways to workaround it that is ridiculous. I wonder who was the "bright" mind behind it.

According to someone that works in that environment if you want to quickly access a shared folder in some box you need to map a drive as opposed to use the cmd prompt...ridiculous!