How Software Loses My Trust 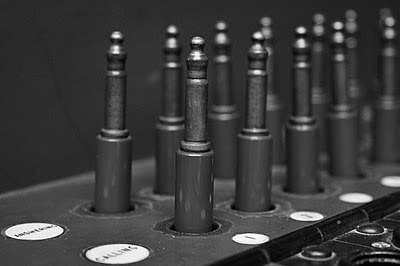 I have one word for you that is the most important concept in Information Technology: Trust

If users don't trust your product then they won't use it. It doesn't matter how many features you have or how many fancy schmancy algorithms are written in the latest whiz bang technology if a person uses your site and it behaves badly.

When you walk in to a financial institution, they will make it clear that the power of their brand and the price of their stock lies in the confidence their customers have in them. Especially important is the outward facing applications that they have on the Internet. Banks and Insurers are well aware of the importance of this. Even though they are huge mammoth organisations that do not always deal well with the tides of change, they will let that one guiding principal of being reliable and trustworthy guide their software development. This said, I mean mostly the facade of it in the very least. Then be careful what you pretend to be because you might just become that and finance computing is not that bad these days compared to other domains.

Why am I currently going on about trust in online software? Well, it all comes back to my old and true nemesis: Optus. For those of you who don't know the joke of a telecommunications market that we have in Australia, Optus is the second biggest telco in the game. Telstra is the biggest and still dominates since it had all it's infrastructure paid for when it was fully owned by the Federal Government and then privatised to make a quick $buck$. There are global players here like Vodaphone, Virgin Mobile and 3. No matter how innovative the imports try to be, the ruling duopoly holds them back with their market controlling behaviour and terrible customer service.

Recently, I've been led to believe Telstra service has improved but I'll have to wait to experience it again before calling it. As a mobile phone user with Optus, I have the right to throw as much mud as is acceptable, especially after the experience I had today.

This afternoon after 5pm, I received an automated call from Optus informing me that I had failed to pay my last two mobile phone bills for May and June. I was surprised at first and then remembered that I paid them on their website. You create an account on their website when you sign up for your phone account so that you can easily make payments online using your credit card. Over the almost 2 years of my phone contract, I have always paid using their website. It usually takes between 2-3 attempts to get the payment to go through and no matter how many times I ask them to save my credit card details for later use, they never manage to.

Each time I go to pay my bill, I login and go searching for the relevant bill paying screen. Of course one of the main headings is Bills in the left hand menu. Under that is a list of features and not one of them is for paying your bill. You instead have to click on the Bills heading to go to pay your bill. Tricky but I learned that after about 6 months of wanting to commit homicide on any random member of their usability team. Ahh, the delusional assumption that they even have one is still strong in me.

Once the page required to pay my bill is found in the rat's nest that is their website, I re-enter all my card details and choose to pay. You can't choose how much you want to pay. They give you that number and you just pay it. The invoice amount is updated once a month and if you have already paid but it didn't register then they just add it to the next total. I learned to ignore that too. Once I paid twice the amount and they wouldn't even reimburse but instead held it over for my next invoice. Yes, their refused to pay back money that they should never even have taken.

Several months later, an automated dialing machine with a rude message accusing me of being a bad customer who never pays is placed to my mobile phone after working hours.

At least they are consistent but the one thing that Optus does not have is my trust. I lack trust in their billing system, their payment gateway, their phone service and even snigger at their advertising. They DON'T care what I think. I'm stuck in a two year contract with them that promises I'll pay my $83.50 per month for my phone service. Obviously none of that money goes to their IT department. We instead pay for that with blood.

When the time comes to find a new provider for my mobile phone, I'm considering dropping back to tin cans and string. It certainly won't be with Optus because I can't trust them and I don't want a relationship with someone I can't trust.
at June 21, 2010

Ah yes, optus. How wonderful it was to experience their service for a year. We have now switched to Telstra, so that shows how bad it was. We didn't pay via their website, and didn't need to access help, but I objected to paying for a phone service that was unreliable. At one point I had to ring hubby twice every time I made a call as it wouldn't go through the first time. And that was in central Sydney. Telecoms and service - mutually exclusive.

I hear you sister

I gave on their coverage as well, and moved to Telstra, the network is FAR, FAR superior to Optus, but their online services is just as tragic. Ah well..

I’m really sad to hear of your experience with us as trust is the building block to any positive customer relationship. We created our online service to make it easier for our customers to manage their accounts and to make payments - not the other way round…

If you’d like to send me your details here → http://bit.ly/OPTUS, I’d be more than happy to personally look into this issue for you and get this resolved!

If you attention my name (Andy) to the enquiry it will come directly to myself, and I’ll be in touch to help.

Be careful with the telstra bills, they "define" a gigabyte as being 1,000 MGB NOT 1024. Because they won't slow on some accounts and charge like mad bulls for anything over your limit they pick up 2.4% every time you go over. I told them I "defined" a dollar as 80 cents but they didn't laugh, not once.
By their reasoning one and a bit equals one. KerrrrrChingggg