We Are So Progressive 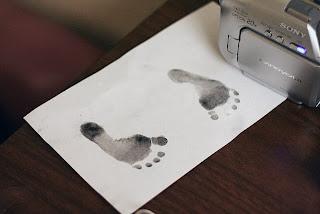 While waiting for my clearance to clear (that's all for another blog post), I've been talking to different people about short term gigs. I am not in any major hurry to find anything so the conversations are not stressful job interview types but more a chat about whether we can work together.

One interview was such an entertaining conversation that I was impressed at my ability to keep a straight face the entire time. Instead of giving you a blow-by-blow of the whole session, I'll just share the top three highlights that made me smile afterwards.

"I don't believe in unit testing. It gives people a false sense of security. I believe testing gets in the way, which is why we fired the dedicated testing team."

This came out of me asking what the automation in their dev and deploy processes is like and what kinds of testing (automated and manual) were in place. The development manager and architect (who is the same person) went on to lecture me on the false security blanket that unit testing is and that it is an overhead that in no way helps assure a quality code base. He used words like coverage and feedback loop and other buzzwords but not in any way that seemed to fit in with any kind of practices or processes I'd ever heard. It's very possible I was hearing of very new ideas. Yeah, possible.

In the end, he had reduced his delivery team to a business analyst and a bunch of developers who pushed code through to Production in 20 minutes with his surety and trust that they simply didn't write buggy code.


"We have Continuous Integration right there. *points at monitor hanging on wall* That screen shows our 16 production apps. It pings them every few minutes to see if they are still working. If they are, it's green. If they aren't then they appear red."

Now, that is a dashboard but it in itself is not CI. I've been seeing the term Continuous Integration used a lot of by people who think it is based on red and green lights. I'm guessing the amber light of traffic lights must make them really confused.

In this case, I asked if they had any automation around their build or deploy process. Again, I was dismissed as some kind of charlatan with ideas from yesteryear. This was the point where I became most distressed, in that burning-building-and-the-lifts-are-out-and-I'm-on-the-75th-floor kind of way.

The dev manager said that "yes, our profession is going towards automated testing but that's a phase." He said he was going away from it having proved it wrong. He said "I am progressive." After later whinging to some ThoughtWorkers, we decided he was progressing backwards and so was technically correct. *sigh*

Now, I'm the kind of girl who watches Fast and Furious 6 and thinks there weren't enough car scenes. I even read reddit and wonder why the comments ended. Over-kill is not something I claim or proclaim much at all.

In this case, he (dev manager guy) wanted to know what I liked about ASP.NET MVC. He wanted to make sure I hadn't just read the FAQ. I just spent the last 18 months as the Microsoft PFE ASP.NET MVC Lead in Asia so when I say I know MVC, I wrote the FAQ. Either way, test away.

I gave my reasons and went on to talk about DDD and the merits of building a domain true to your users. He sniggered. That's ok. People snigger.

In this case, he challenged every idea of modelling to the point that he said he'd discarded Entity and any persistence layer at all and thought a Dataset passed straight to the templating engine wasn't awful.


So those were my favourites. I commend myself on my ability to listen and consider all that was said. Even his impressive 20 000 requests on his 16 web applications per day had me keeping a straight face. Ask any of my colleagues who've worked on farms that do that in a second. Oh well.

One thing I took from this whole experience is that everyone has a world that seems huge to them. What we must learn is how to judge up and out. There are people out there who don't want a pissing contest. They just want to help you build software that scales, is robust and can be extended.

In my world, I always want to strive to work in better places that teach me bigger and more amazing concepts. Everything I know is tiny and insignificant compared to what I have to learn.