Agile - Is it only mostly dead? 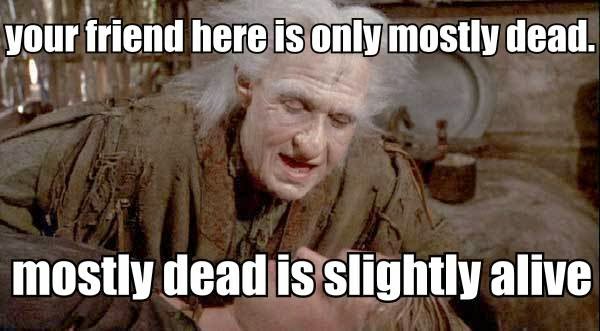 One of the fathers of the Agile Manifesto, Dave Thomas (@pragdave) wrote a blog post a couple of weeks ago proclaiming that "Agile Is Dead (Long Live Agility)."

The post has been moving through the software dev community and causing much head nodding. Everyone seems to agree that the word "agile" means very little these days and has been corrupted by the trainers who will make you a Master from a two day training course for thousands of dollars.

At ThoughtWorks, we would mostly snigger at people who called themselves Scrum Masters but not because they were so quickly empowered. It was more because they missed the point of being agile and instead adopted prescriptive processes and accompanying costly tools to achieve what can be done with much less and achieve much more.

The reason that I am happy Prag Dave spoke out and voiced this is because people will hear it now.

Being agile is a way of thinking and acting and not a set of hard and fast rules that make better software. Tools and processes won't save a team. Pragmatism, rigour and constant feedback with change will.

I don't know if the word "agile" is dead. The good thing is that a lot of us agree that we need to be more agile and not do agile.

So go do that already.